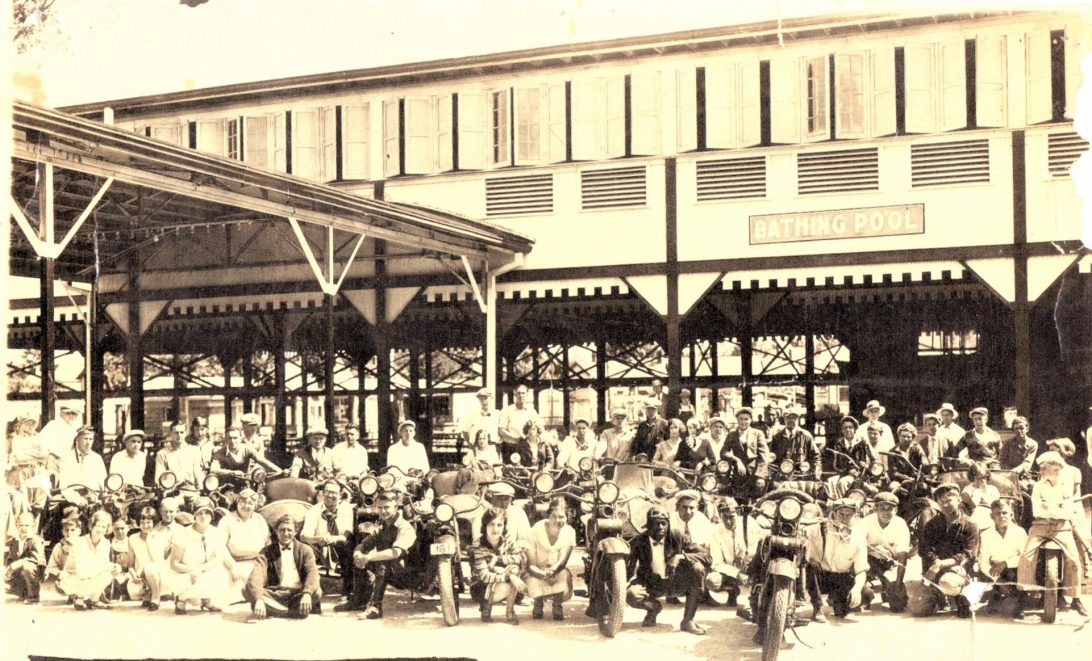 Ed cat gets his daily walk, which amounts mostly to him sitting on the back stoop and sniffing the air, listening to the birds and squirrels. The daily routine is to take him out and afterwards fill the feeder, so when Ed appears, a lot of activity starts up among the birds, giving him a good show.

This is the ground feeder. Birds, chipmunks and squirrels too, like feeders that are placed to give them shelter, and many, cardinals and sparrows among them, have a strong preference for feeding on the ground. What the owls catch at night, I don’t know. Only some mice and flying squirrels are nocturnal among small rodent prey that I know of, but some days I find numbers of owl pellets like these. 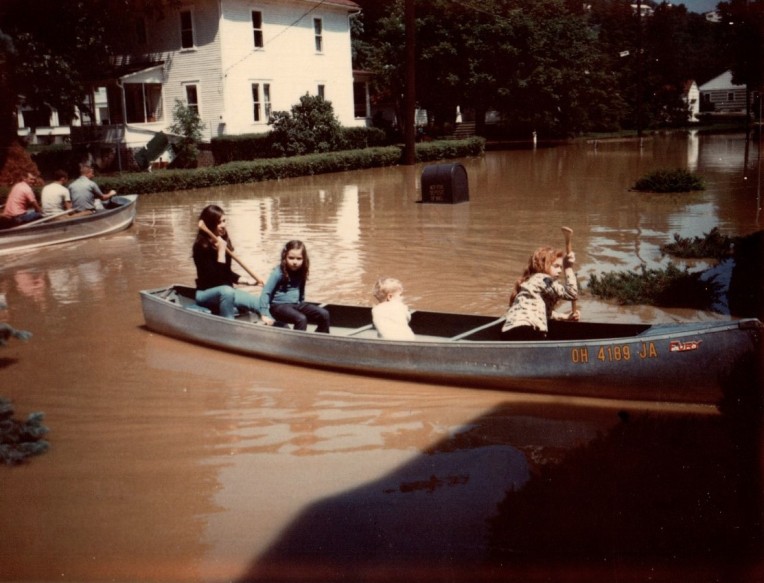 In 1968 the Hocking River flooded in the city of Athens, Ohio. This is my mother paddling at the back of the canoe, me, my brother Tim, and my sister Tracy with the other paddle. We are not far outside our front door, a bit of one of two blue spruce trees that marked our house can be seen at the left.

This is the house I grew up in on South Shannon Avenue. In later years, when decks got to be fashionable, my Dad put one on the back, so there was a little more character. The house was pretty much just a box all round. By the way, this is an ordinary photo taken in the 70s, that as you can see has faded this badly. So, remember, if you have a box of old pictures, you should digitalize them as soon as possible.