Hollyhocks are typically attacked by the tiny larva of some kind of insect, which skeletonizes the lower leaves, as in this fairly elegant achievement above. Wherever I’ve grown hollyhock, I’ve always seen this pest develop. My gardening practice is radical organic, meaning that in almost every case I don’t interfere at all with bugs and diseases. I let plants employ their own defenses, or otherwise replace them with ones more suited to the immediate challenges. I use only products that are truly harmless—and not all labeled organic are, such as Bacillus thuringiensis. This bacteria may occur naturally in the environment, but never in the quantities used to “organically” control pests. It stands to reason we can’t ramp up one factor in the equation of the biome, without having an altering effect on other factors.

So I allow these creatures to eat my hollyhock leaves, and the hollyhocks (being at the best of times not the tidiest-looking plants) always come back and flower.

And here is the work of the columbine leaf miner, a bug I have never tried to get rid of. Individual columbines don’t live for many years. Their garden value is in their ready self-sowing. The leaf miner tends to attack after the ones that are mature enough to bloom have flowered and set seed.

Since I always include a gall, if I find one to photograph, here is a forming oak apple gall, a type caused by various tiny wasps. The heat bubble we’re under in southeastern Ohio is, I suspect, the cause of a healthy branch popping off one of my trees… 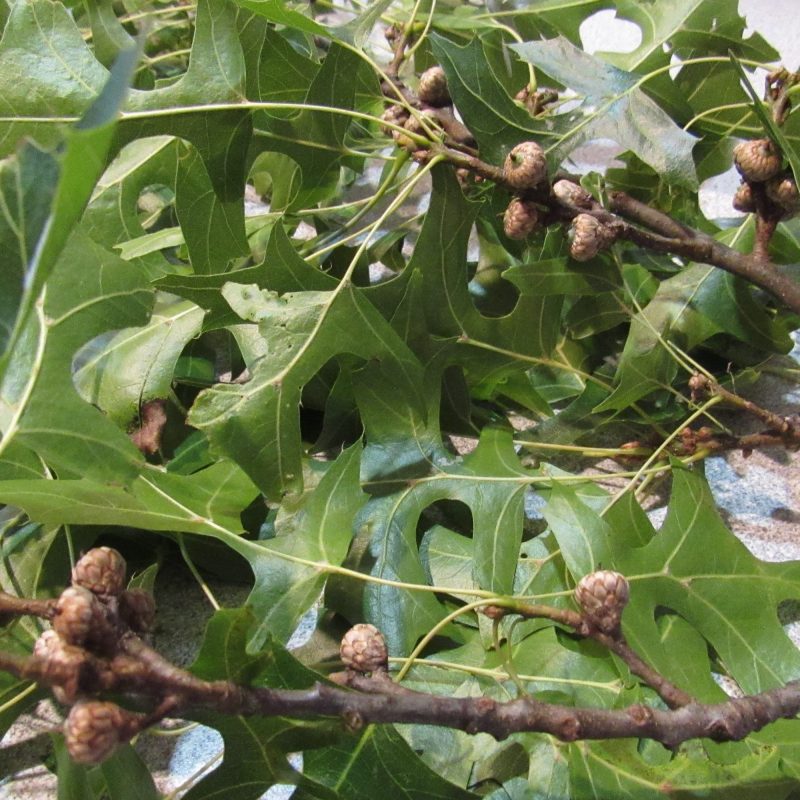 From the same branch, here are tiny acorns getting started. They cluster on the twigs just below the new leaves, and if the weather is hot and dry, several may drop off before the crop matures in the fall.

My clematis this year was suffering fungus, that disease called clematis wilt. You can see some malformed leaves that look like a willow tree’s, in the lower left corner, and some of the dried and shriveled ones. I put bone meal in the dirt around the roots, and have been watering steadily. So far, the clematis seems to be recovering. My theory is that bone meal changes the soil pH, and stops the fungus spreading.

I like to inventory those plants that appear voluntarily in my yard. It’s a way of measuring environmental health, and diversity of local plant populations. This seedling looks to be a mockernut hickory, which has a small nut and may have been brought by the deer who like also to browse its new leaves. 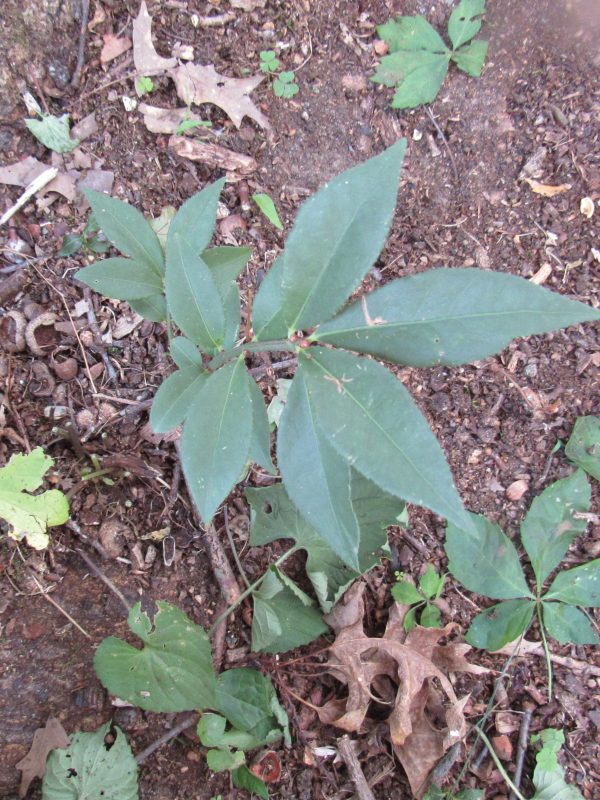 This one looks to be a mountain laurel. [It later turned out to be an invasive burning bush euonymus.] 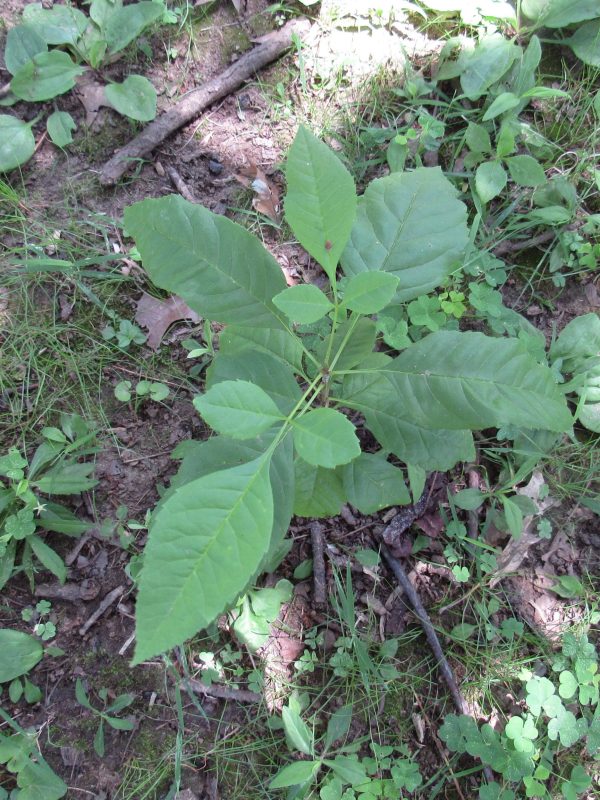 This is a bladdernut, an understory tree/shrub that is one of the few, in fact, with only three leaflets on its compound leaf. The bladdernut’s Latin name is Staphylea trifolia. [This one turned out to be a shagbark hickory. But, getting things wrong is a good incentive for becoming a better researcher.] 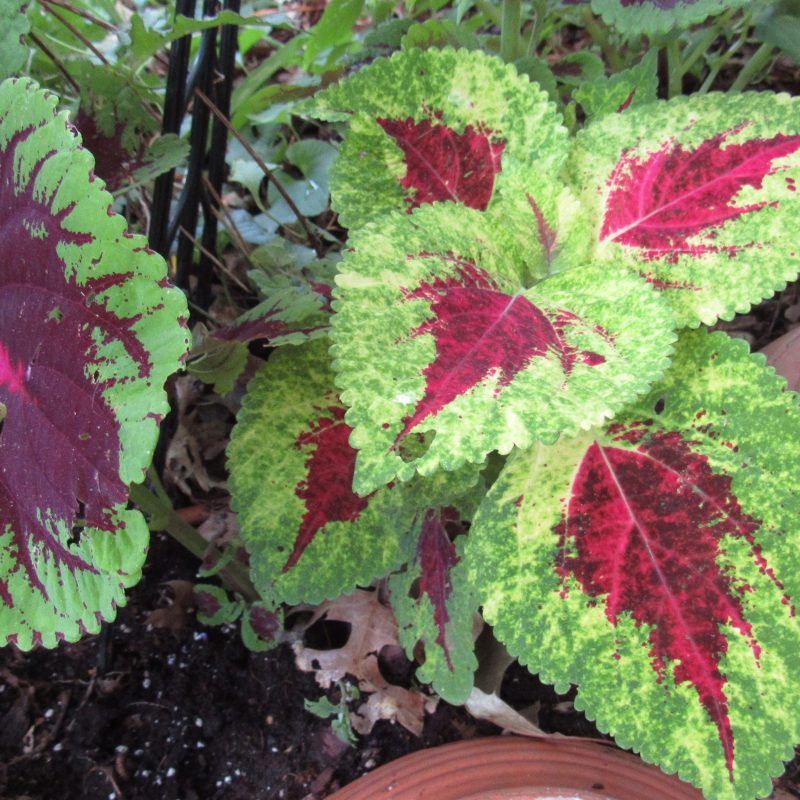 An especially nice coleus grown from seed, with its yellow freckles and almost red heart. So far it hasn’t sent up a flower shoot, so maybe I’ll only get to propagate it if I can get cuttings to survive the winter.

Finally, a couple of nice combos in annuals that should give color through most of the summer. Orange tithonia and bright blue centaurea, above.